Settled people have been forced to move and nomads have been coerced into settling for as long as there has been history. Until the emergence of the Westphalian concept of the nation (where the state corresponded to the nation, groups of people united by language and culture), movement and mobility were largely recognized and accommodated. However, most contemporary academic disciplines as well as public institutions adopt a particular sedentist perspective on the nation-state. It is commonly recognized that people are displaced and move when political states collapse; they return when political security is restored. The liminal “state” outside the defined territory of the nation-state, where the displaced are found, is regarded as a threat to the world order.1 Predominant theory has been that people must be tied to territory, and thus the durable policy solutions advanced are frequently about resettlement. Reality does not support either current forced migration theory or humanitarian aid practices, however, and an epistemological change in thinking about forced migrants is urgently required. This means looking beyond the nationstate— the purview of most academic work in this area— and beyond traditional barriers between disciplines, to give cross-disciplinary attention to the self-expressions and experiences of forced migrants. Furthermore, the forced migrant creates a dilemma in how aesthetic expression is displayed, as their forms of expression cannot be squarely identified with one state or another. The dispossessed and displaced are changed by their experiences in the grey zones between states, and their migrations cannot be neatly catalogued as belonging to one state or culture. 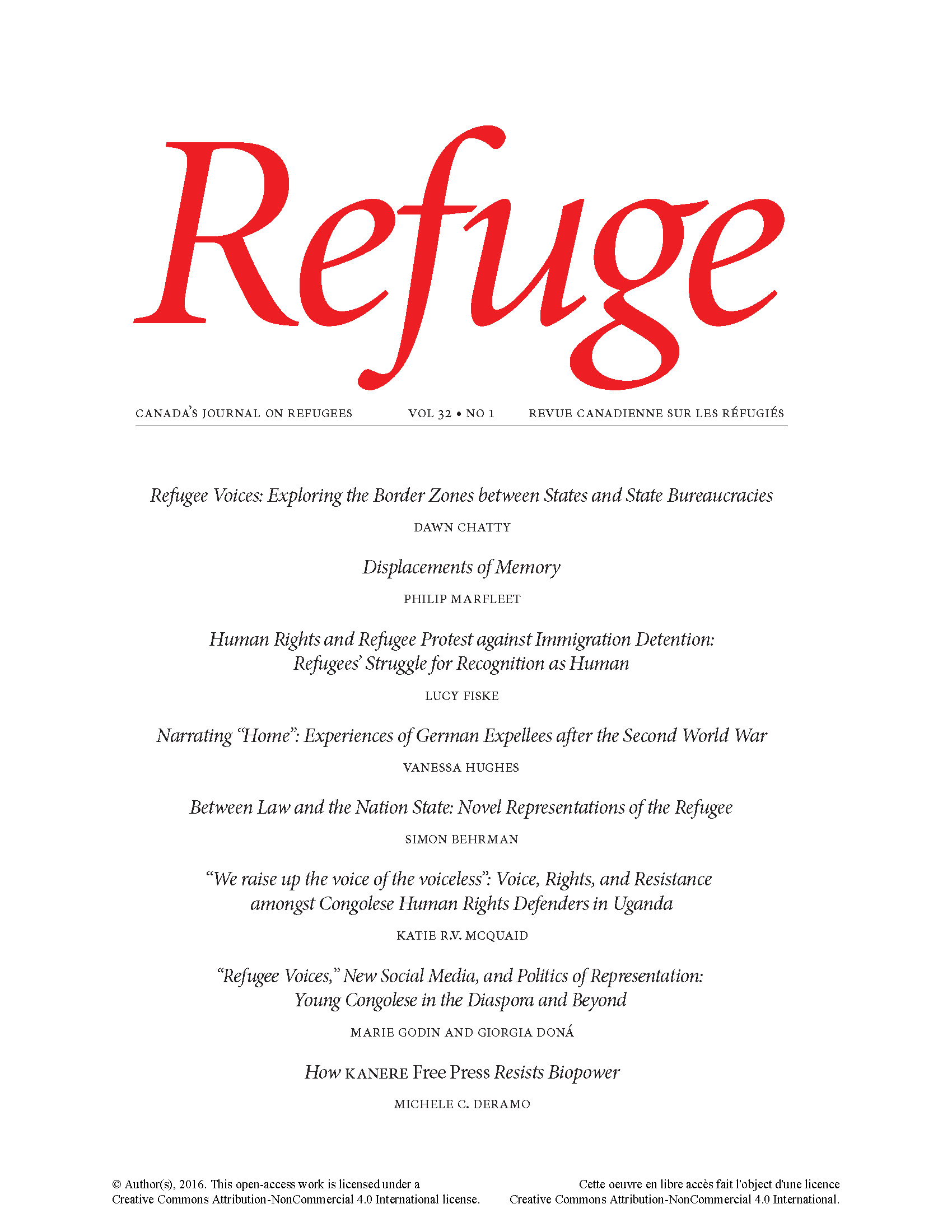